All Pickering Reed Relays feature the highest quality instrumentation grade reed switches making them suitable for the most demanding applications. 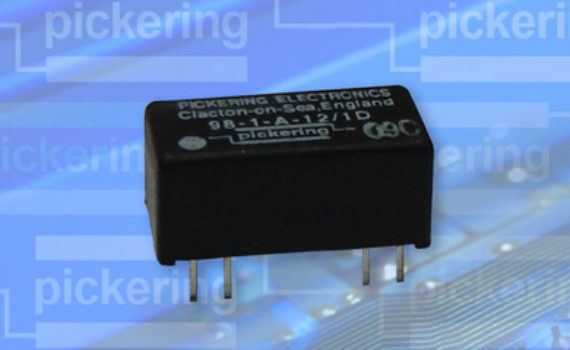 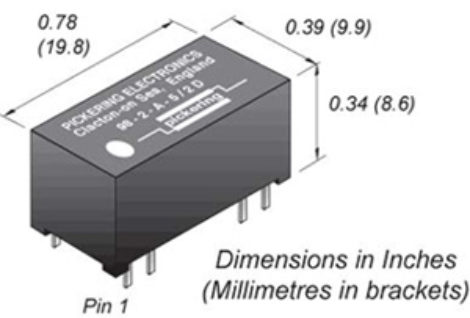 • SoftCenter™ construction
• Pin compatible with standard DIL relays
• Many benefits compared to industry standard relays. Learn more here >.
• Board space may be saved by eliminating drivers
• Encapsulated in a plastic package with internal mu-metal magnetic screen
• Wide range of switch configurations - 1 Form A, 1 Form B, 2 Form A, 1 Form C
• Form A (energize to make) or Form B (energize to break) configurations
• Dry and mercury wetted switches are available with the same pin configuration and footprint
• 5, 12 and 24 Volt coils are standard, with or without internal diode

The Pickering Series 98 is a range of Dual-In-Line relays, electrically equivalent to the Series 101 CMOS drive, Single-In- Line types, but pin compatible with standard DIL relays.

The range features very high coil resistances, the 5 volt dry devices may be driven directly from 74HC or 74HCT logic without the need for additional drivers. Naturally, high resistance 12 and 24 volt coils are also available in this series.

It is often possible to replace TTL ICs with their equivalent CMOS ones and replace standard DIL relays with Pickering Series 98, to obtain the benefits of CMOS without any circuit or PCB redesign.

The range like its SIL equivalent has an internal mu-metal screen to enable high packing density with negligible interaction between adjacent devices.

A useful tip
If there is a chance that you might want to use mercury wetted relays instead of dry relays at a later date, for example to increase switch ratings, lay out the PCB initially as though for the mercury wetted type with pins 1 and 14 uppermost. This allows uprating later without PCB changes. The mercury versions in the Series 98 have identical pin configurations to the dry types.

The below table will help you narrow down our offering to get you the correct reed relay for your application.

Once you narrow your selections down you can download a reed relay data sheet for more information or request a quote to find out prices and lead times.