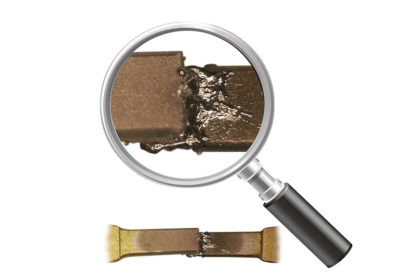 If used correctly, a reed relay is a superbly reliable device. The switch contacts are hermetically sealed, so they don’t suffer from oxidization or contamination in the same way as an open electromechanical relay.

In reality, relays are often considered slightly mundane and little thought is given to them, which sometimes leaves them vulnerable. This guide will help you to maximize the reliability of your design.

High-current or high-power inrushes are the most damaging and most frequent cause of contact damage. Reed relays have specified maximum current, voltage, and power ratings. The power figure is simply the product of the voltage across the open contacts before closure and the instantaneous current they first make.

We at Pickering have lost count of the number of times that we’ve heard something like, “I was only switching 5 V at 50 mA onto this CMOS logic board,” when the user has completely disregarded the current inrush into the liberal sprinkling of decoupling capacitors and several microfarads of reservoir capacitance on that board.

As voltages increase for some applications, inrushes can become an even greater issue; for example, when discharging cables after high-voltage proof testing. The energy stored in capacitance is equal to ½ CV2 joules, so it will increase with the square of voltage. Increasing from 10 to 1000 V will boost the stored energy by 10,000 times.

If you’ve ever had a relay contact stick closed, only to free up with a slight tap, or had a longer than expected release time, then more than likely it’s caused by a micro-weld due to a current inrush.

Less severe current inrushes will cause a milder weld or gradually build up a “pip” on one contact and erode a “crater” on the other, according to the direction of current flow. These can eventually lock together. Arcs can occur when contacts open, particularly when the load is inductive. Back EMFs from inductive loads should always be limited, usually with a simple diode in the case of dc loads, or by a snubber or varistor for ac loads.

One way to reduce or remove these issues is to “cold” switch. This is a common technique in test instrumentation, where the current or voltage stimulus isn’t applied to the switch until after the relay has been operated and contact bounce is finished. In the same way, the stimulus is removed before the contact is opened. Therefore, no arcing or switched current inrushes will occur, and the relay will achieve maximum life, often into billions of operations.

When calculating the delay time between switching on the relay coil and applying the current to the switch, it’s important to consider the effects of high ambient temperature if it appears likely to occur. The maximum operate time and bounce figures given on datasheets are at a 25°C ambient level. At higher temperatures, the resistance of the coil winding will increase at a rate of 0.4%/°C, this being the coefficient of resistance of the copper coil wire. Correspondingly, both the coil current and level of the magnetic field generated to operate the reed switch will fall. This lower drive level will increase the operate time slightly.

The timing figures on datasheets are normally quite conservative, so this is unlikely to be an issue up to the normal ambient specification of 85°C. However, if there’s any additional self-heating within the relay due to a high carry current and switch resistance (I2R W), it will be necessary to consider this and allow a little more time before turning on the current through the switch.

You can view the original article here. 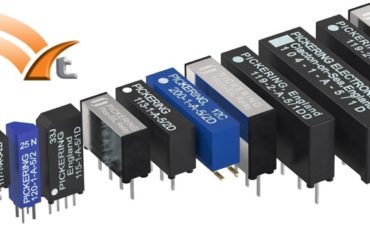 Pickering Electronics signs with Wiselink in Singapore, Malaysia and Thailand 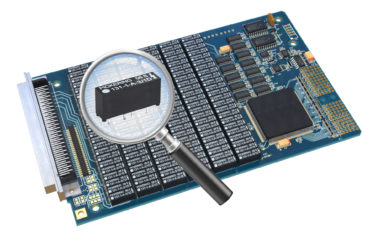 Pickering Electronics’ Miniature HV Reed Relay at the Heart of IC Test System for On Semiconductor. 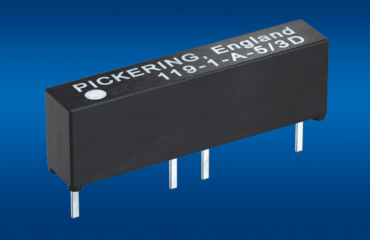