How do reed relays compare with other switching technologies? 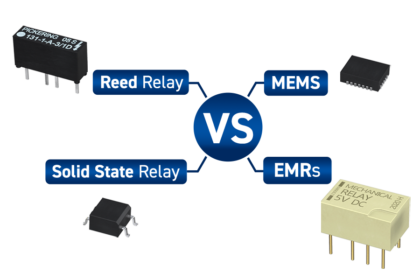 The reed relay was invented in 1936 by Bell Telephone Laboratories. Since that time, it has gradually evolved from very large, relatively crude parts to the small, ultra-reliable parts we have today. Production methods and quality systems have improved a great deal over that time, and costs have been radically reduced.

Pickering Electronics, an established reed relay manufacturer, was founded in 1968, and even then some were saying that these electromechanical devices would have a limited lifetime. Instead, the market for high-quality reed relays has increased into areas that were inconceivable in those days.

Part 1 of this two-part series answered the question, “What is a reed relay?” This article delves into the differences between reed relays and other switching technologies.

Electromechanical relays (EMRs) are widely used in industry for switching functions and often can be the lowest cost relay solution available to users. Electronic manufacturers have made huge investments in manufacturing technology to make the relays in high volumes.

There are some notable differences between reed relays and EMRs which users should be aware of:

Reed relays and EMRs both behave as excellent switches. The use of high-volume manufacturing methods often makes EMRs lower cost than reed relays, but within the achievable ratings of reed relays, the reed relay has much better performance and longer life.

The term “solid-state relay” refers to a class of switches based on semiconductor devices. There is a large variety of these switches available. Some, such as PIN diodes, are designed for RF applications, but the most commonly found devices that compete with reed relays are based on FET switches. A solid-state FET switch uses two MOSFETs in series and an isolated gate driver to turn the relay on or off. There are some key differences compared to a reed relay:

MEMS switches still are largely in the development stage for general usage as relays. MEMS switches are fabricated on silicon substrates where a three-dimensional structure is micro-machined (using semiconductor processing techniques) to create a relay switch contact. The contact then can be deflected either using a magnetic field or an electrostatic field.

Much has been written about the promise of MEMS switches, particularly for RF switching, but availability in commercially viable volumes at the time of writing is very limited. The technology challenges have resulted in a number of vendors involved in MEMS failing and either ceasing to trade or closing down their programs.

Like reed relays, MEMS can be fabricated so the switch part is hermetically sealed (either in a ceramic package or at a silicon level), which generally leads to consistent switching characteristics at low signal levels. However, MEMS switches have small contact areas and low operating forces, which frequently lead to partial weld problems and very limited hot-switch capacity.

The biggest advantage for MEMS relays—if they can be made reliable—is their low operating power and fast response. The receive/transmit switch of a mobile phone, for example, has long been a target for MEMS developers.

However, at their present stage of development, it seems unlikely they will compete in the general market with reed relays as the developers concentrate on high value niche opportunities and military applications.

The Future for Reed Relays

In more recent years, there has been a constant quest for further miniaturization. Smaller parts have required more sophisticated methods, including lasers, to create the glass-to-metal hermetic seal of the reed switch capsule. Lasers also are sometimes used to adjust the sensitivity of reed switches by slightly bending the switch blades to change the size of the contact gap. Contact plating materials and methods also have changed, particularly in the areas of cleanliness, purity of materials, and the reduction of microscopic foreign particles or organic contamination, resulting in superb low-level performance.

Reed-relay operating coils also have become smaller and more efficient thanks to advanced coil-winding techniques with controlled layering of the coil-winding wire. In the case of Pickering Electronics’ relays, the coil-winding bobbin also has been dispensed with in favour of former-less coils, which has reduced package sizes. While reed relays are a relatively mature technology, such evolution will continue in the future.

A reed relay in many ways is a near perfect switching element with a simple metallic path. A well-designed and correctly used part will give long and reliable life. Reed relays will certainly be around for many years to come.

The original article can be found here. 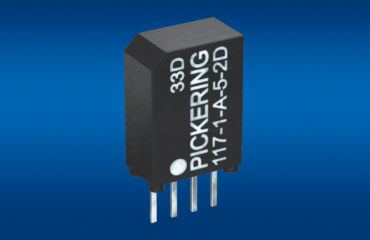 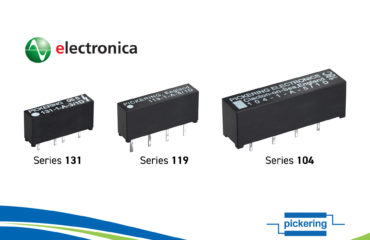 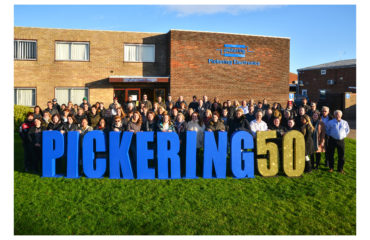